It’s important to get light, water, and movement first thing in the morning.

It’s six a.m., I’ve got my veralux happy light, I’ve had my electrolyte water, and I’ve worked out. The half-hour spring board that launches the day and gives me time and energy to write before work.

So I’ve shifted my morning work outs away from periodization. In most cases doing the same thing days in a row is a terrible way to work out but I was inspired by Stepth Buttermore’s abs and TeamRichey’s Crossfit training. If you’re smart and if your goal is to improve a single thing, then monotraining is plausible.

The strategy is to work out hard enough that it matter but light enough that you’re not digging mind and muscle into a fatigue hole, bereft of benefit.

Each weekend I like to think about I want to do for the upcoming week and then do it everyday, modifying if need be as I go – every work out on paper becomes a more-than-you-can-chew fiasco, the pen being the easiest lift of all as they say.

Morning work outs are all about quickness between movements, zone out and you’re dead. This week my routine is:

On the first item of the list I realized this was going to be gibberish to a lot of people. For the record, kettlebell windmills aren’t like guitar windmills. 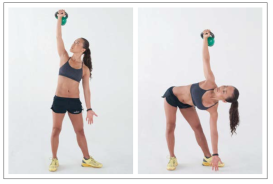 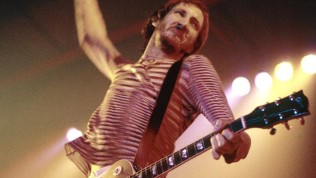 I’m focused on a lot of single leg and arm (known as isolateral) stuff because I’m doing the big compound movements in the gym still. I’m focused on my glutes because quad over-development and imbalance is common in runners. I’m focused on core stuff because when I went for a run the other day my legs, from my feet up to my hips, felt really powerful and great and I felt that strength end at my core. It was like I was wearing hip waders of power.

Next week I might throw in some cross over lunges, banded clams, and banded walks, that’s what on the list so far anyway. All good ideas for Embarrassing Exercise videos, like the one of me doing Nordic Raises.